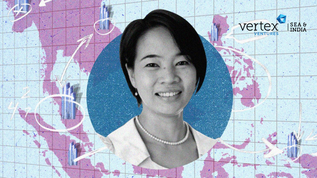 Carmen Yuen of Vertex Venture gives a factual breakdown of six key markets in the Southeast Asian region, from the support their governments give to startups to the local talent pool

Globally, 2021 was marked by a gold rush, with startup funding more than doubling that of the previous year. By contrast, 2022 was marked by a funding winter, with early-stage startups in Southeast Asia seeing an overall decline in deals during the first nine months of the year.

In 2023, there is much to be seen about how startups will fare, and whether we’re on the cusp of a new era of venture capital (VC) investments, especially in Southeast Asia which has gained immense interest.

Having operated for close to four decades in the region, we’d like to think we’ve got a good grasp of what makes the region tick. For startups looking to expand into or across the Southeast Asian region, here are useful insights to know and consider about six of its markets: Singapore, Malaysia, Thailand, Indonesia, Vietnam and the Philippines.

Read the rest of article here.