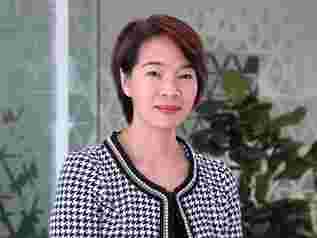 This article was first written and published by E27.

Startups in Southeast Asia should focus on growing with good fundamentals rather than chasing valuation only, according to Carmen Yuen, General Partner at Vertex Ventures SE Asia & India.

“Companies to be mindful of margins and expenses, whether in good or bad times. At the end of the day, they need to demonstrate that they are running a good business so that even in a challenging environment like this, they can still raise funds to continue their growth plans,” Yuen said in an interview with e27.

She also feels that Southeast Asia needs to grow together and produce more quality unicorns. The region, as fragmented as it is, has slightly more than 50 unicorns, whereas India has already surpassed 100 unicorns. Depending on their performances, some of the region’s unicorns could even fall off the unicorn horse.”

“The purpose of a business is to achieve profitability. This is a discipline that all companies should have, regardless of macroeconomic conditions. It should not be a behavioural change only when there is a crisis,” she cautioned.

Based in Singapore, Vertex Ventures SE Asia & India is an early-stage investor and one of Southeast Asia’s oldest VC funds. It has invested in nearly 80 startups at their seed and Series A/B rounds. Vertex’s portfolio companies include Grab, Patsnap, Nium, FirstCry, Licious, Aruna, the Parentinc, and Sunday.

Carmen noted that despite the prevailing funding winter, Vertex has not slowed down its investment pace. Neither did it invest more during the last 18 months, when funding activity was exuberant, and valuations were sky-high.

“We have found a cadence that works for us; that’s about 12 new companies a year. We believe this is a good time to find gems at a fair valuation with the market correction.”

The Vertex GP, who earlier held various key roles at EDBI and Spring Singapore, also touched upon the climate tech sector in the region during the interview. Southeast Asia contributes to environmental damage, yet the region stands to gain by participating in climate tech opportunities from an economic angle.

“We will suffer from the impact of climate change, which includes floods that disrupt our coastal communities given the sizeable shorelines and low-lying areas in Southeast Asia. This year, we have already witnessed floods in Indonesia, including Aceh, where more than 18,000 people were displaced,” she remarked.

“Our region is young, with an average age of 29, many aspire to live a better life contributed by good GDP growth leading to higher discretionary consumption. This includes electrifying our homes, owning motorbikes or cars, and embracing air travel. In 2019 alone, we contributed 1,600 MtCO2 to the environment. Left unchecked, this could balloon in no time,” Yuen warned.

Southeast Asia is in a unique position from a supply perspective. Although the region covers only four per cent of the earth’s land surface area, it comprises six of the world’s 25 biodiversity hotspots, is responsible for 15 per cent of the world’s fish production, and harbours extensive seagrass beds, coral reefs and mangrove mass.

“Consequently, our region is in a prime position to be a major global supplier of nature-based carbon credits,” she said.

In her opinion, offline events such as Echelon provide an avenue for founders to take a pause from their daily grind and meet with and hear from investors and gather feedback regarding their businesses. It allows them to access intelligence to connect the dots better. This could perhaps lead to more sound decisions being made.

“These events are also platforms for VCs to interact with peers; the last two years were challenging as we mostly met via Zoom and rushed through many investment opportunities. This is an excellent time to catch up, exchange notes and discern which innovations we want to back.”

Stay updated via Our Newsletter